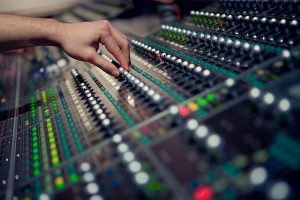 Sound design is the art and science of sound built to enhance a narrative. Whether you’re working on movie or a tv show, sound designers create the auditory experiences that help people experience the story in different ways. There are many skills involved with sound design, from composing audio to designing how sounds should work together. Sound designers are the architects of sound in a show. They work with everyone in the production chain from writers to set designers, directors, and producers to create an innovative and original composition.

The most important thing about sound design is that you have to be able to work with people. It’s a collaborative art form that relies on relationships with all kinds of creative professionals. Once you get past this hurdle, the rest is figuring out how to do your job.

In a show with a lot of dialogue it might sound like you’re only doing the work that involves recording audio, but a show doesn’t have to be that way. There’s no one right way to do it. It all depends on the story and the character arc of the story.

One of my favorite examples is in Guardians of the Galaxy featuring Rocket Raccoon, who talks quite a bit, and is also voiced by Bradley Cooper. But his voice isn’t him. It’s the sound designer who built his voice to match the character. Cooper added a bit of his own personality into Rocket Raccoon’s voice by adding an inflection to it, making Rocket Raccoon sound like a little kid who has questions about dad and stuff. That kind of subtlety is hard to pick up on, but it adds a ton to the character and helps differentiate Rocket Raccoon from other characters in the Marvel Universe.

The other main thing to keep in mind is that sound is a way for the auditory senses to communicate. When you’re watching a show, you already know what the visuals look like, but you would be hard-pressed to describe what that sound means without looking it up. If you can’t use it in your own head, how can it help relate to the audience? That’s why sound should serve the narrative.

How can you use sound design?

Sound design is the glue that holds the production together from a fundamental level. Sound designers like Chris Whybrow use it in what ways will determine the overall success of your show. In the case I’m making, how it should work is that you start with the script and develop an efficient way to deliver all of the information to your audience. Sound effects, music, lines of dialogue, and soundfonts are all tools that can help tell a story to a larger audience through sound alone without visuals.

It’s an interesting balancing act. If you do it right, like Tony Gayle, the show will have a lot of strong audio punctuating the visual content to give the audience information they didn’t realize they needed. But at times you have to be careful that it doesn’t become overbearing or confuse the viewer.

When I started out as a sound designer, I recorded tons of sounds and used them as a way to tell my story. I would put music on some of the sounds, so I could use them for background, for example. This is a very common way to use sound design, and you might have seen it being done in movies like Star Wars, which uses space as an audio design tool.

What controls the sound in your show?

First and foremost is the script. Most shows are already written with dialogue and maybe even some music, but most of what you do wouldn’t be possible without the written word. So right from the start, you need to know the characters and what they should be doing. In a comedy like The Office, Dwight has a really distinctive walk and he talks slowly. These are things that sound designers can exploit to create new sounds or make them more distinctive.

From there, you design what is referred to as your sound effects. Essentially it’s a library of sounds that you assemble into unique and identifying sound libraries for each character that are unique to them. Going back to The Office example, Dwight doesn’t have a lot of dialogue but he is heard on a regular basis. So the sounds you put together for his character are different than Jim’s, who is heard every single episode and has about as much dialogue as Dwight.

When you get closer to production time, you start working with different departments to flesh out all of the details of your show. For example, if you’re doing a pilot, you’re probably not going to have all of the visual effects fully intact. So you would have to come up with some kind of solution where you can get by without them. This saves production time and budget. It also allows us as sound designers to start playing with the sounds in a way that we might not be able to do if there was a whole lot of visual content already locked in.

In one of my most recent productions, there was a scene where the characters were meant to travel from one building to another. In our production schedule, we had created a few sound effects that we called “Door slams” and “door open” in order to make up for the fact that we didn’t have an exterior environment we could use. This allowed us to design a soundscape that helped tell the viewer where they were and what was happening with less information than usual. It’s a great example of using sound design to make up for something that could have hindered your creativity if you were forced to use it.

I think that’s what people should keep in mind when they start out as a sound designer. It’s not just about making noises, it’s about knowing what those noises mean and how they can be used to communicate their purpose with clarity.