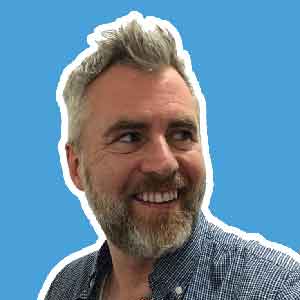 A West End sound designer designs the sound for a West End musical or play by either acquiring or creating all the audio elements needed to tell the story. He or she is basically responsible for what the audience hears.

Each job can vary considerably, depending on the type of show or musical, the performers in the show and the performance venue.

Sound design is one of the unsung crafts and youngest fields in theatre, second only to the use of projection and other multimedia displays, and it’s always changing and evolving. A West End Sound Designer not only has to be a master of many different disciplines and technologies, they also have to take on board many ideas from the director, the writer, the producer and many other creatives.

During the initial stage of the creation of the piece, the sound designer will build and create any sound effects, soundscapes and sonic enhancement required for the production working closely with the other creatives and performers in workshops or rehearsals.

This could include a variety of different microphones for each cast member and instrument in the band, as well as the control equipment to mix all the incoming audio signals together.  Depending on the performance space and the sound concepts the sound system will completely differ from a small number of sound sources to hundreds of audio inputs and outputs.

The following information is provided to help you better understand the role of a Sound Designer in the West End.

What a West End Sound Designer Does In Brief

* A sound engineer – Sound engineers are responsible for making sure that all the sounds onstage come together into a cohesive whole. They control everything from microphones to playback systems and speakers-and they have to do it without disrupting the actors on stage or distracting the audience in any way.

* A Lighting Designer – this person might have the lighting visuals, but also wants sound to play into them. For musicals, this happens very often as there needs to be synchronous lighting and sound going on at all times. This can become quite problematic when designing for more complex shows with lots of different locations and moving parts.

* A Music Director or Musician – this person has the final say on what music has to be played at all times. The Sound Designer will design how sound interacts with it.

* A Designer of Visuals – in a lot of productions, the visuals will have an effect on the sound. For example, a particular voice might come out from behind a curtain or another character might enter from one side and you only hear a loud scream as they appear on the other side. This is where the Sound Designer will design how sound interacts with it.

* A Production Manager – this person will plan out when and where sound will go into the theatre. For example, a performance might start at 6pm but then finish at 8pm. A West End Sound Designer will need to know about this time-frame and plan accordingly. The production manager might also have other responsibilities like budgeting, planning for technicians, and liaising with other departments on set (make-up, props).

* A Director or other member of the creative team – this person will be in charge of things like choreography, blocking, and overall production direction. The Sound Designers’ attention needs to be dedicated to how sound interacts with all these elements and not just a few individuals.

* Understand the Director’s vision – this is an often overlooked part of the production process. It is important for the sound designer to understand what the director wants from a show and how they can go about achieving it. Not only should west end sound designers know what they want, but have an idea of how they can achieve it both practically and creatively. Practical knowledge of gear, software, and physical tools will go a long way here.

* Talk to the Director/Producer about their vision – many directors aren’t writers or designers. They can have great ideas but not be able to communicate them effectively in a way that doesn’t make the producers’ job nearly impossible. A west end sound designer needs to “read” a director and understand what they are trying to achieve both technically and creatively.

* Understand the Show – It is also important to understand the show as a whole and not just what you need to do for each stage or in every scene. If a director needs a sound cue for an entire scene (a radio playing in a restaurant, or a gunshot in a hotel) it’s easy to go “all out” and create something that is too much. However, if you are only doing this for one or two moments on stage then it can be more acceptable. This is where being familiar with the show and the overall “sound” it’s trying to achieve is helpful.

* Know How Long It Takes to Do – In a perfect world everyone would be able to keep track of how long it takes them to create a sound or implement something. Then, when they are given a deadline to get a cue done they can make sure their work is done in time. This isn’t always possible, but it is something that should be taken into consideration. There is nothing worse than spending a lot of time on a cue and then having to be rushed which results in you ending up redoing it.

Here are a few things that most west end sound designers can do:

* Design how sound will fit with the show – this is part of creating the overall “sound” of a production. It is important to know where you can and should use microphones and where you should use speakers.

* Keep track of each set-up – this is often referred to as location recording. Generally, whenever you have a live sound system going in the theatre, the sound can change depending on where the microphones are positioned. It can also be dependent on how well they are being used. This is why it’s important to know where each person is in terms of microphone position and what speakers/enclosures they are using.

* Design how sound will interact with the environment – This can be anything from the audience’s reactions to loud noises, to background music. The director will most likely have an idea about how they want effects to be used in each scene, but a west end sound designer can make suggestions such as adding echo, reverb, balance and other effects. The sound designer needs to know what can and cannot be done in order for it not to become a distraction.

* Listen to what is already there – in most theatres there will already be something that has been recorded on the system. This can include music, dialogue, or sound effects. West End Sound Designer needs to know what is already there and how it currently sounds in order to come up with a way of utilising it. The sound designer doesn’t have to stick with the status quo and can choose to replace it completely, but at least they need to know what it is in order for that decision to be made.

* Design how sound will be done – this can be anything from a small squeak of a microphone, to the sound of a gunshot. The sound designer needs this information so that they can work with the director in designing how sound will fit into an overall scene or act. They also need to know what the reference for this sound is (i.e. what other shows have used it). It will help them design and plan without having to do a lot of trial and error.

These are just a few things a west end sound designer needs to look at.

If you are looking to find out how to become a musical theatre Sound Engineer then check out some of my other articles.

The UK provides some of the best sound designers in the world these include a number of award-winning and famous sound designers such as John Leonard, Gareth Owen, Andrew Bruce, Mick Potter and Paul Groothuis.