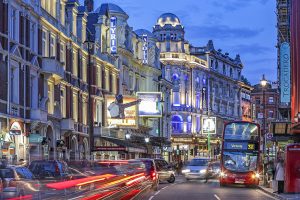 In theatre, there are a number of different designers; lighting, set, and costume designers to name but a few but none are as misunderstood as the West End Sound Designer.

As a musical theatre sound engineer, I have worked with a number of International and UK Tour and West End sound designers and in this post, I will show you exactly what is a Sound Designer, what they do with theatre sound design (They don’t just create sound effects). If you are looking at how to become a sound designer, check out my other posts.

Before I explain what they do, I’ll go into what exactly is sound design.

What is Sound Design?

Theatre Sound Design is the creation of atmospheric sound effects and abstract sounds, sonic ambiances, and textures that will take the audience listening on a fabulous journey.

Even though the idea of designing sound has been around for years, The actual process is one of the newest fields in theatre, and second only to the use of projection and other multimedia displays, and it’s always changing and evolving. 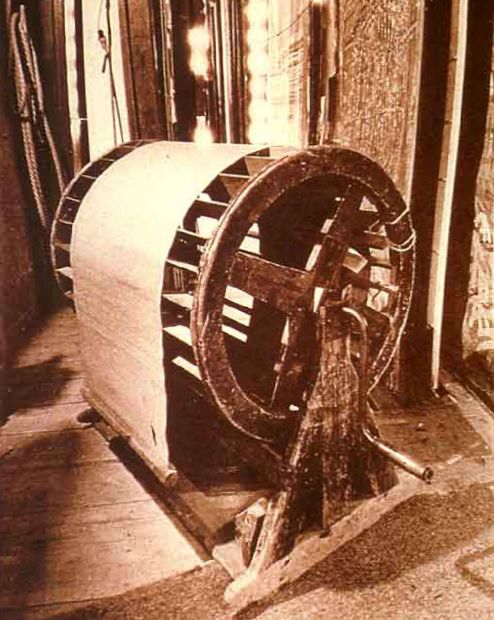 Back in the day, if a director wanted a certain theatre sound or sound effect, they would have to rely on musicians to play live sounds or special mechanics to set the tone, (i.e. Wind Machines and metal sheets for storms, real guns and cannons backstage for battle scenes, and mini doors with bolts, locks and knockers)

In his book, Sound Design for the Stage, Gareth Fry says “I like to think of sound design as a voice that exists alongside and amongst the performers’ voices. Sometimes we may choose to speak up, to come to the foreground, and sometimes we may be whispering away in the background.”

What is a Sound Designer?

The sound designer is responsible for what aural elements the audience hears in a specific production, be it a play, musical, film & TV, concert, or even game.

They do that by working closely with the sound engineer and creative team of directors, producers, writers, designers, actors, singers, musicians and composers teaming up together to produce the best sound and something remarkable.

Years ago, the sound designer and the theatre sound design process was often overlooked. This was mostly down to the lack of people who knew what they were doing. So it was common for the directors, stage managers or LX teams to produce sounds for the production and to be in charge of the sound.

Over recent years, sound technology has changed and evolved and the sound responsibilities have been taken on by a dedicated person, the sound designer. Sound Design and audio engineering is now an integral part of the audio production for the show.

What is the Role of a Sound Designer?

I get asked all the time, “what does a sound designer do?”. Well, a West End sound designer is involved in using a digital audio workstation, post-production sound editing, creating sound effects and/or recording multi-channel sound effects, soundscapes and sonic textures and music production, live and pre-recorded music for certain venues or specific theatres on tour.

As a new fresh-faced designer straight out of college, your responsibilities and contribution to a production or musical may differ from that of a designer who has a few sound designs under their belt.

New Sound designers to the industry with little experience are more sound effect designers. They will have designed a few college shows but that will mainly involve just sourcing SFX from sound libraries or recording their own sounds for the production and not installing sound systems, timing and EQ’ing it for a venue as most colleges already have the equipment in place. They are basically a sound editor.

This will probably continue into their first few professional contracts.

Essential skills of a Sound Designer

Now you know what a sound designer is and what they do, let’s talk about what skills do a sound designer need. Other than being good at music technology and creating a beautiful aural world, and the usual audio engineering skills, what other skills serve them best.

The Art of Communication

Many sound designers would probably agree that without this you will be stuck. That’s because as a part of the creative team, the director and other team members will want to put forward ideas to you. These ideas may not just be about the sound of the show, so not only will you have to know what’s good and bad, you will have to be able to explain yourself in a way everyone understands.

Great communication works well when dealing with actors about why they might need to wear a radio pack, or why they can or can’t have vocal foldback. You might need to get your point across in a supportive but firm way.

Keeping an open dialogue with everyone is essential.

The Art of Negotiation and Persuasion

This is another skill I feel you should be good at because it can help you both your working life and home life.

Most people think the art of negotiation is all about money and work, but I disagree. We negotiate and persuade every day. If you have kids, it can start with just getting them to school. You might say to your partner, “You cook the kids breakfast and I’ll take them to school” or you might persuade a work colleague to finish your paperwork and give them a longer lunch break.

As a sound designer, you might need to negotiate short-term contracts for yourself and the production team with a producer or persuade a lighting designer (the person responsible for creating the lights for the show) that you need to place a speaker on the truss exactly where they want to put a moving light.

There are a number of great books on the subject of negotiation and persuasion. 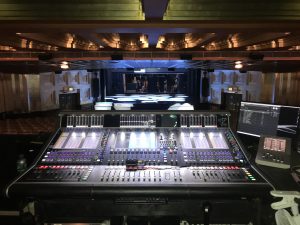 A sound designer “designs” the show as I’ve described above.

A sound engineer recreates that design by mixing the show and making changes during the show when needed. They normally do this with a style of mixing called line-by-line mixing.

Julius Green says in his book “How to produce a West End Show, “The sound mix has to take into account all sorts of variables such as the number of people in the auditorium and the condition of the performers’ voices. A good sound engineer is therefore crucial to the successful execution of the sound design.”

How to become a Good Sound Designer

Find a sound designer that you like and follow their work. Read interviews and go see their shows and ask yourself why have they designed the show the way they have. What would you do differently?

Working with an established designer is a great way to hone your skills in either live sound or post-production sound. Lots of designers have associates to help spread the workload. This is a great way to help design a large show while being taken under their wing.

Below is a list of UK sound designers I’ve worked with.

Storytelling has been around for thousands of years and that’s what you are doing only with sound and it’s up to you how big or small you take that story.

So push the boundaries, build fantastic relationships and go become a sound designer in 2022.